Since the announcement of Pokémon Sun and Moon was made public in February, fans have been frantic as to seeing all kinds of new creatures since that is the number one feature of the series. Throughout the months we have been utterly spoiled with more than 50 Pokémon whether brand new or in a different form. It has been pretty wild how much they’ve shown which leads us to believe they are probably only scratching the surface.

A fun part of new trailers, images, and announcements is trying to spot all kinds of Easter eggs. Whether in the background of a scene or trying to read between the lines, there is always something new to find. A number of trailers have given us plenty to look for. The latest however, comes in the form of Train On Episode 2 and something new pops up right our face.

Shohei and friends are back. This time, the video shows off a bit of frustration as Shohei keeps losing Pokémon battles. He leaves abruptly and avoids his friends at school. But when playing at home he recalls all the memories they had after first meeting such as kayaking in the sea, catching bugs outdoors, and exploring caves; all kinds of fun stuff. He remembers receiving a Minior via trade from Hoku to create an even more special moment. After Shohei apologizes to him by exchanging another Minior they make up. It’s all good now and we can’t wait to see what happens in the next episode. Is there something special about Minior that brings people together? Maybe, who knows, but Pokémon completely teased us with an unannounced creature! 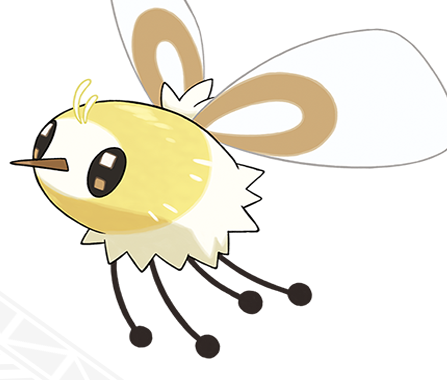 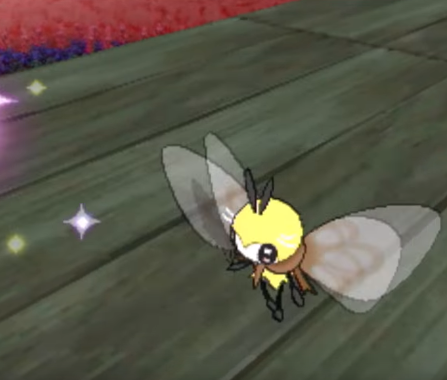 This is clearly the evolved form of Cutiefly, a Bug/Fairy-type Pokémon we first saw in June. No information has been revealed about this unknown Pokémon at all except a short 1 second clip in the Train On video. There is no name, no action, and nothing to discuss besides pure speculation and what we see. This Pokémon gains larger wings as well as another pair. Antennae sprout from its head while its arms and legs become more prominent. Its body is defined and also receives a scarf-like accessory. When evolved, the nectar proboscis has seemingly disappeared which could point to it not requiring it as sustenance. We can assume Cutiefly retains both its typings as it evolves or at least turns into a pure Fairy-type. The video shows the trainer catching one in a flowery area where Cutiefly can usually be found. We should likely find out more information within the coming weeks since it has kind of been revealed accidentally on purpose.

This isn’t the first time this has happened either. During the big reveal of Sun and Moon we got our first glimpse at Pikipek and down the line many spotted Rockruff in a little clip. Pokémon loves messing around with their fans as obvious by these teasers but they don’t wait too long to unveil them. We will bring you more information on the Cutiefly evolution soon! Spot the unannounced Pokémon in the video below.