Skylanders: Imaginators has been available for quite awhile now. Because of its endless options of customization, there is still more fun to be had! A new pack has been released containing a Sensei and level for fans to complete.

Ro-Bow comes equip with ancient weaponry and high-tech systems which combine into one awesome character. It shoots arrows from a distance and can even launch a barrage of missiles and lasers at enemies. Ro-Bow comes as part of the Lost Imaginite Mines level. This location has been sealed away for a long time only to become recently overrun with Blobbers. It is feared that they could create terrible things which means it’s up to a Skylander to stop them.

The pack is available now in Toys “R” Us stores around the United States and Canada. Check out the launch trailer below to see Ro-Bow compute and shoot! Add it to your game on any console including: Switch, Wii U, PS3, PS4, Xbox 360 and Xbox One. 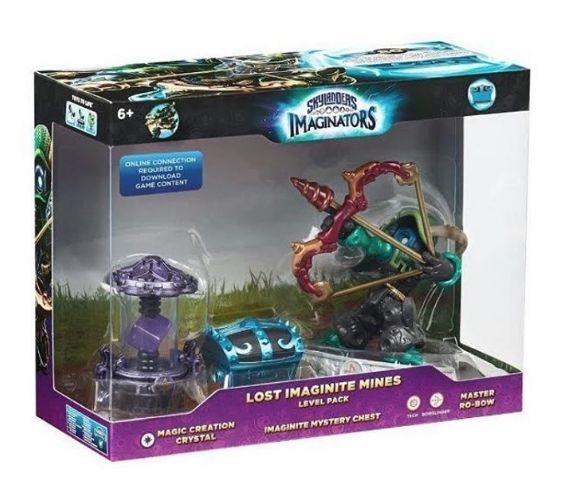