Spelunker is a classic title originally released for Atari computers back in 1983. As was with everything Atari, the premise was simple: explore a cave and collect its treasures. The game made a comeback in 2009 with Spelunker HD on the PS3, went to the 3DS in 2013 and now it’s re-merging later this year on PS4 and Switch as Spelunker HD Deluxe. No hard release date has been announced yet, but those interested should expect to see it sometime later this year.

Spelunker HD Deluxe takes what was previously done with Spelunker HD and adds just a little bit more. Just like before, the game features overhauled visuals updated to modern standards, and all modes can be enjoyed either alone or with up to four other players. The major game modes include: Adventure, Competition, Championship and Endless Cave NEO.

Adventure is the basic campaign, while competition pits players in a competition of speed and treasure. Championship is for those who want a bit more challenge, and Endless Cave NEO is exactly what it sounds like. This is Spelunker HD Deluxe’s newest mode, and it challenges players to make it as far as they can into an unlimited supply of randomly-generated caves.

Spelunker HD Deluxe will be available digitally, but there are also going to be a number of limited and collector’s physical editions available through Strictly Limited. The limited edition includes the box, game and a booklet. As for the collector’s edition, it’s quite packed. Check out the image below! The limited edition will be selling for €29.99 and the collector’s edition will sell for €59.99. Those interested can put in a pre-order starting on June 6. 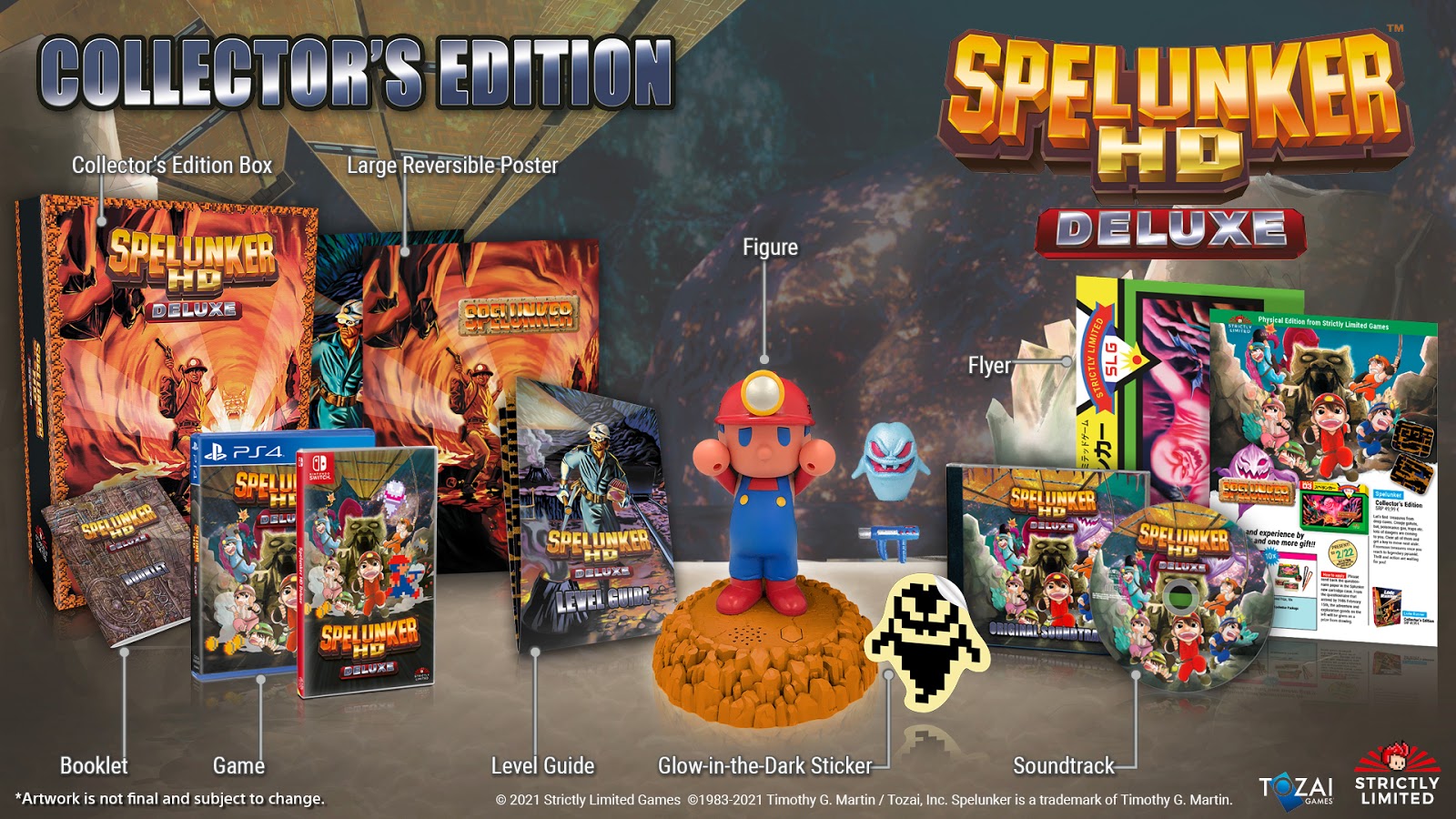