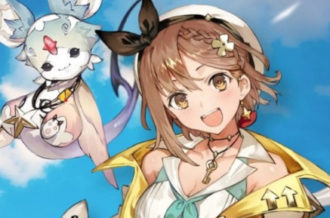 Anyone old enough to remember the ’90s (which is making me feel old that I now need to preface articles with that) knows how awesome full-motion-video adventure games were. With 2D 8/16 bit graphics dominate throughout most of the decade, these games seemingly did the impossible by having actual people injected into the game. Unfortunately, with the advent of 3D, people seemed to stop caring about these games and the genre died with the decade. Even more unfortunately for the Tex Murphy series, this meant that it would end on a cliffhanger, with fans kept in the lurch for sixteen years. Thankfully, Atlus is resurrecting the franchise with Tesla Effect: A Tex Murphy Adventure, preserving the live action green screened characters intact. Due out out 2014, the game assembles a cast including the original Tex, Chris Jones, June Lockhart, Diff’rent Strokes’ Todd Bridges and Larry Thomas (known as “The Soup Nazi” in Seinfeld).

An eight-minute trailer was released today that showcases New San Francisco 2050 and all of the wacky characters that inhabit it. From the look of the trailer, this long-awaited sequel preserves the over-the-top cyberpunk-styled acting the series is so well-liked for and looks and sounds better than ever in HD with 5.1 surround sound. And of course, there’s plenty of femme fatales.