Creative Assembly and Sega have announced Total War: Warhammer II for PC, the sequel will be within a planned trilogy of Warhammer titles. Players will have the choice of four new races: the High Elves, the Dark Elves, the Lizardmen and an unannounced race (probably Skaven). 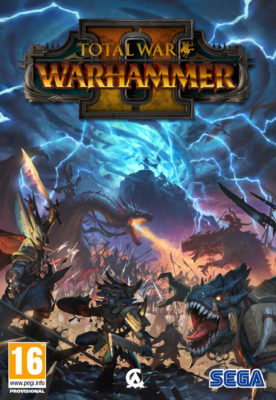 On the new Steam page for Total War: Warhammer II, Sega gives a brief synopsis of what to look forward to:

“The second in a trilogy and sequel to the award-winning Total War: WARHAMMER, Total War: WARHAMMER II brings players a breathtaking new narrative campaign, set across the vast continents of Lustria, Ulthuan, Naggaroth and the Southlands. The Great Vortex Campaign builds pace to culminate in a definitive and climactic endgame, an experience unlike any other Total War title to date.”

Owners of Total War: Warhammer that purchase the sequel will have access to a massive world map, combining maps from both games into one. The Old World will tie in Naggaroth, Lustria, Ulthuan and the Southlands into an immense map, where players can take on colossal campaigns with legendary lords from both titles.

Sega and Creative Assembly haven’t given an official release date, but the game is confirmed to release some time in 2017.