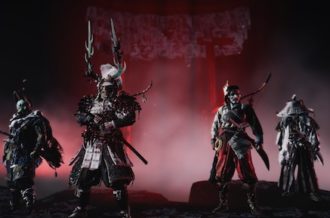 Koei-Tecmo and Gust have delivered the promised, longer trailer for Atelier Ryza 2: Lost Legends and the Secret Fairy. In this preview, fans get a somewhat better look at the new features seen in the game’s debut teaser. Most notably, it looks like underwater gathering and exploration is going to be an important part of Ryza’s next adventure. See it all in action below.

Underwater dungeons and exploration aren’t the only new features shown here. It looks like Ryza will have plenty of opportunities to use her new grappling hook, and won’t necessarily have to do all her exploring on foot. It’s also confirmed that familiar faces like Klaudia will be returning to support Ryza on her journey.

As for the floating creature seen in the video, it’s known as “Fi” and will play a big role in helping Ryza solve the mysteries she encounters in various lost ruins. Koei-Tecmo also announced that fans who buy the game within the first two weeks will receive a code for Ryza’s “Summer Fashion” costume set. There’s even extra costumes for those who have save data from the first game: Atelier Ryza and the Secret Hideout.

Atelier Ryza: Lost Legends and the Secret Fairy is set to release for PC, PlayStation 4 and Nintendo Switch in Winter 2020.